Robotire utilizes Genuine Smart Tint® for the next generation tire changing system. Our IR90 Grey Technology will block the lasers, protecting the sensors from confusing each other. Smart Tint® film applies to any new or existing smooth glass surface instantly creating Smart Glass. Easily control our switchable film® from clear to frosted (opaque) with the click of a button or command from your smart phone. Smart Tint® switchable privacy film® is private frosted and opaque when powered off and transparent clear when powered on. We also offer the reverse operation upon special request.

Project Manager on 10/27/2022 to
Ford Dealer utilized Smart Tint®, Inc to provide a complete privacy option for their facility.

Switchable Smart Film has been used for the new series of StarTrek: Strange New Worlds.

Star Trek: Strange New Worlds is an American television series created by Akiva Goldsman, Alex Kurtzman, and Jenny Lumet for the streaming service Paramount+. It is the 11th StarTrek series and was launched in 2022 as part of Kurtzman’s expanded Star Trek Universe.

This project began in 2020 with CBS Stages.

Switchable Smart Film was used to retrofit the glass at the Enterprise’s chief medical officer office, Doctor M’Benga’s, who is secretly trying to cure his daughter of a rare disease.

The reason switchable privacy film was used is to create a futuristic, new technology version of a medical office on a USS Enterprise spaceship. The switchable smart glass is a new innovation trend in the healthcare industry because of the efficiency of this product. Increasing patient comfort, saving time and money for healthcare facilities, and allowing providers to focus on taking care of what matters most.

From Design Phase to the LA Times

Project Manager on 8/11/2022 to
Kaino's " A Forest for the Trees" art show features our Smart Tint Technology on this iconic 144 yr old tree. Approximately 500 pieces of our Smart Tint film was displayed for this show as shown here. Our Film was used for projection with LEDs around the film to change the light as Smart Tint will pick up the color from the LEDs. From initial concept phase to completion, Smart Tint® was able to provide a complete ready to install system, recommended Installers, engineering time, extensive customer care and support during each phase of this project from concept design to implementation. 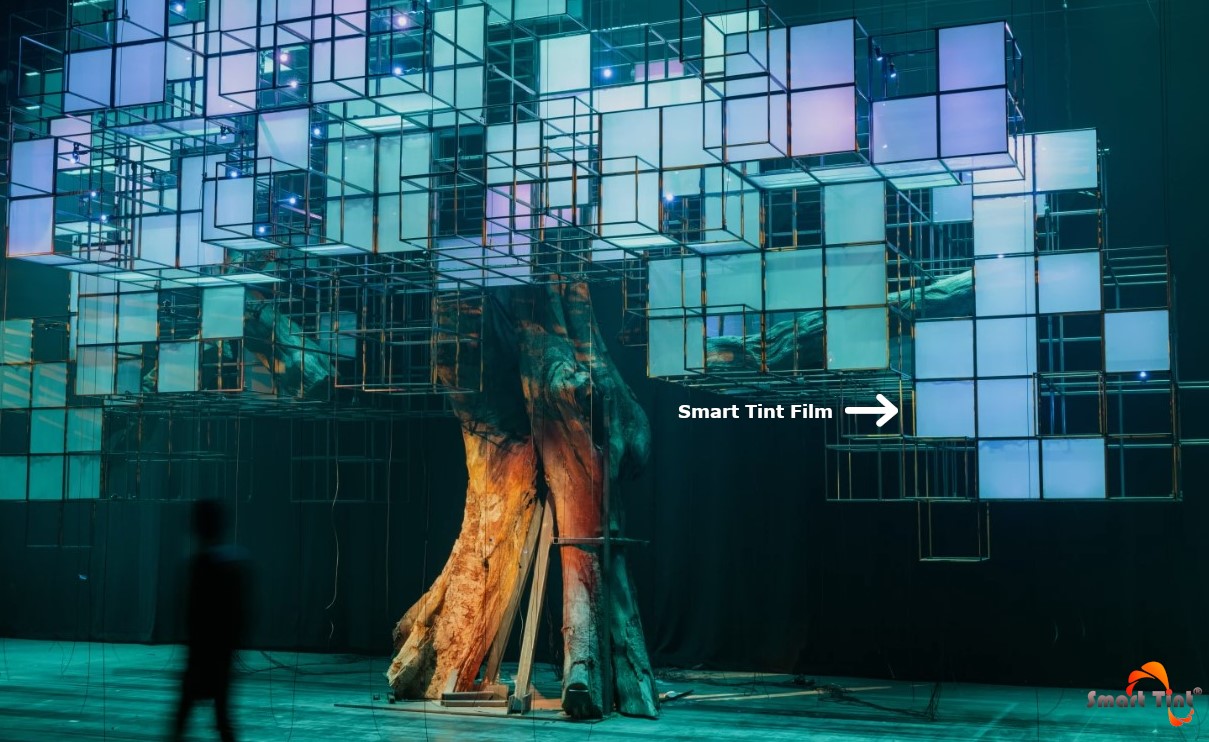 Project Manager on 8/10/2022 to
An Architects Office needed privacy on demand for their clients while having meetings and working at their desk. Smart Tint is a perfect, high tech solution for this facility. We offer the highest clarity in the industry and most transparent switchable privacy film™ available! With the press of a button your window will turn private as shown below. 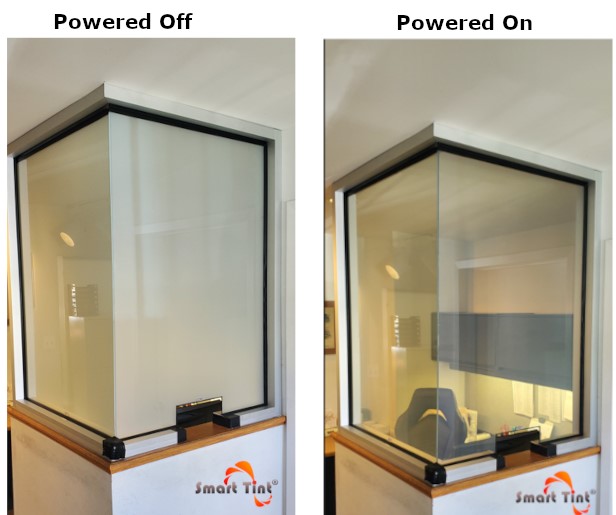 Project Manager on 5/11/2022 to
PayPal/Swinerton utilized Smart Tint®, Inc to provide a complete privacy option for their facility.

Project Manager on 5/2/2022 to
For many doors in offices, gates, homes or public shops, hotels etc, the frameless swing glass door is largely utilized. Some advantages include good lighting catching, easy installation and multi-combination possibility. 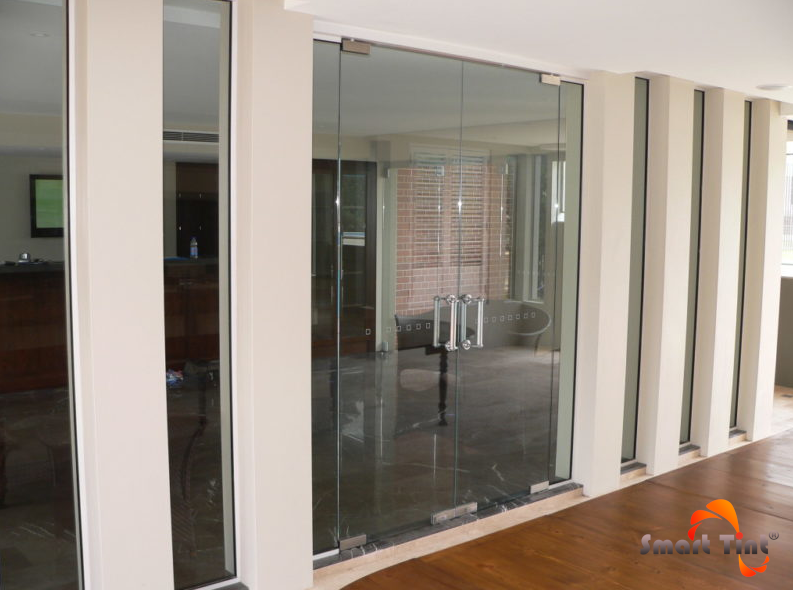 Project Manager on 4/19/2022 to
Hudson Yards located in New York utilized our proprietary Smart Cling® White Self Adhesive Technology for their conference rooms as shown below. Hudson yards is the biggest, newest and modern community in Manhattan.

Project Manager on 4/1/2022 to
BZI Steel Company utilized our Smart Cling® White Self Adhesive Technology for their conference room facility. 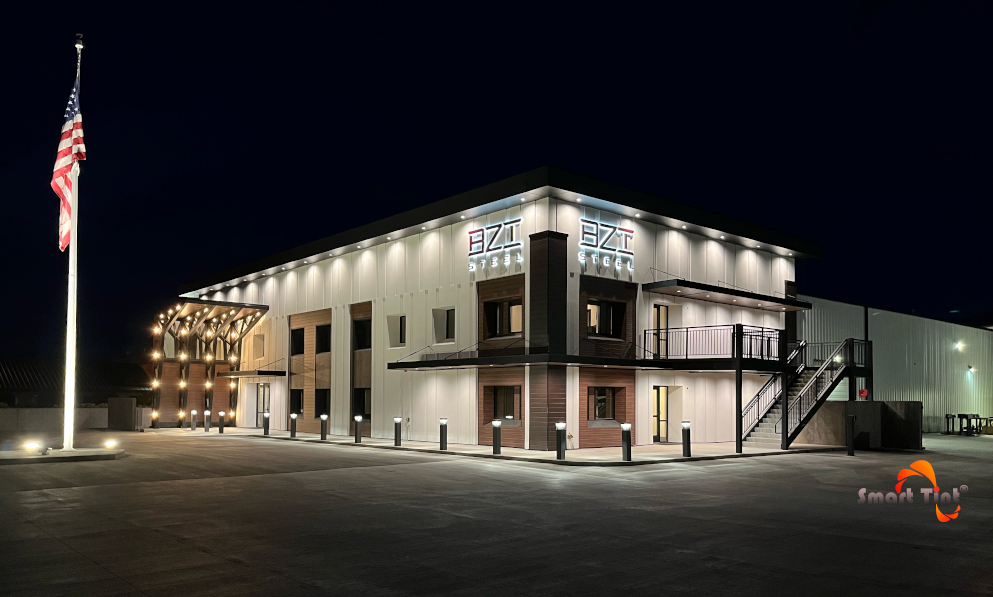 Project Manager Authorized Provider on 2/14/2022 to
Ford to create campus of the future in Dearborn to speed product innovation and attract world-class talent. Our Smart Cling® self-adhesive technology was utilized for this facility as shown in the video below.
Click here to view more photos/videos of Ford Dearborn Campus project!