Project Manager Project Manager Smart Tint Engineering team on 5/6/2014 to
Smart Window Film Switchable PDLC Film
PDLC stands for Polymer Dispersed Liquid Crystal. It is known as smart, intelligent, magic, privacy, electrochromic, light regulate, switchable or also LC liquid crystal film. Compared with the traditional, heavy shutters and high "smart glass", self-adhesive dimming film is a relatively convenient way to protect privacy. It is applicable to a variety of places such as family room, bedroom, kitchen, bathroom, offices, boats, planes, outdoor pools, conference rooms and more.
Compared with other glasses, self-sticking glass can not only absorb ultraviolet rays and reflect infrared heat, but also become a fog to reflect visible light heat, so it can effectively reduce the indoor temperature. Through the sensor and intermediate controller connected with the switchable film, the transmittance of the smart pdlc film can be adjusted according to the external light, so as to not only prevent excessive sunlight to reduce cooling energy consumption, but also to meet the requirements of visual comfort.
Smart Home Technology is  wifi-enabled smart window film with a simple ON – OFF mode that switches the film from being clear (transparent) to frosted (translucent). Once powered up, we can easily control the transparency of the film as needed through an app on our phone or ipad, allowing it to quickly switch between opacity and transparency. 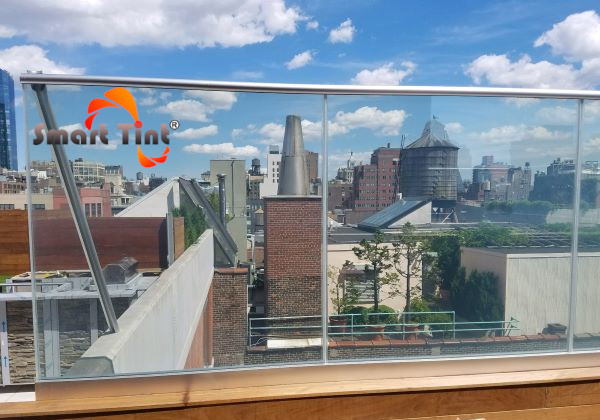 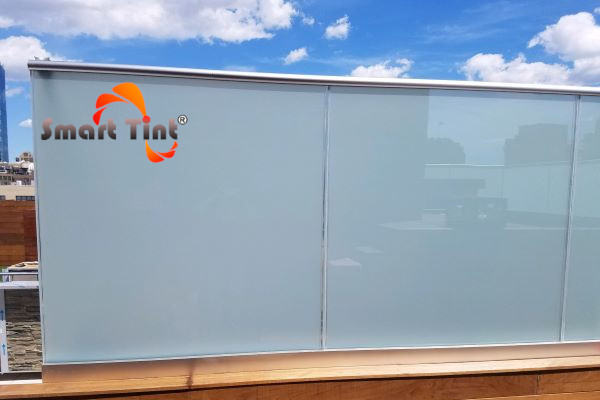