Inside HGTV's Smart Home of Your Dreams

It's the first house I've ever visited that made me feel like Batman. In the library area upstairs, I pulled back a bookshelf to reveal a surprise. But instead of seeing a pole to slide down to a secret cave, I was greeted by a fully loaded game room, complete with a VR headset.
These kinds of surprises are sprinkled throughout HGTV's Smart Home for 2018,  part of a prize package that's worth $1.6 million. And it deftly balances smart tech with smart design. For two days I explored this two-story, 2,850-square-foot house nestled in the coastal sanctuary of Palmetto Bluff, South Carolina. And the "aha! moments" kept on coming.

One such moment came when I discovered that there is a laundry chute that slides from the downstairs bedroom directly into the laundry room. You just push the basket forward, and gravity takes care of the rest.

"I'm a mom, and my design inspiration was a combination of how I wish I could live, little ideas that would make my life easier," said Tiffany Brooks, the designer of this year's HGTV smart home and winner of the network's Design Star show in 2013.

In this case, the inspiration came from places that are known for their hidden surprises. "I was looking up haunted houses of the South," said Brooks, who has now designed three of HGTV's smart homes. "I’m not saying this house is haunted, but I kind of wanted that Lowcountry feel with a backstory. Something a little more soulful."

Brooks modeled the laundry chute after a dumbwaiter that was once a staple of luxurious homes dating from the 1920s and earlier.

The master bathroom in the HGTV home is chock-full of gadgets, from a Kohler Numi toilet with customizable lights and a feet heater, to smart mirrors powered by Android, which let you catch up on the day's headlines while you get ready for work. But it's the Nexus 21 lift system that steals the show in this room, because it makes a coffee maker appear right out of the counter with the push of a button.

"My morning doesn't start until that coffee is finally in my blood system," Brooks said. "This is just a few less steps to make that happen. We didn't want to waste any counter space, so we investigated a way to put a lift in." 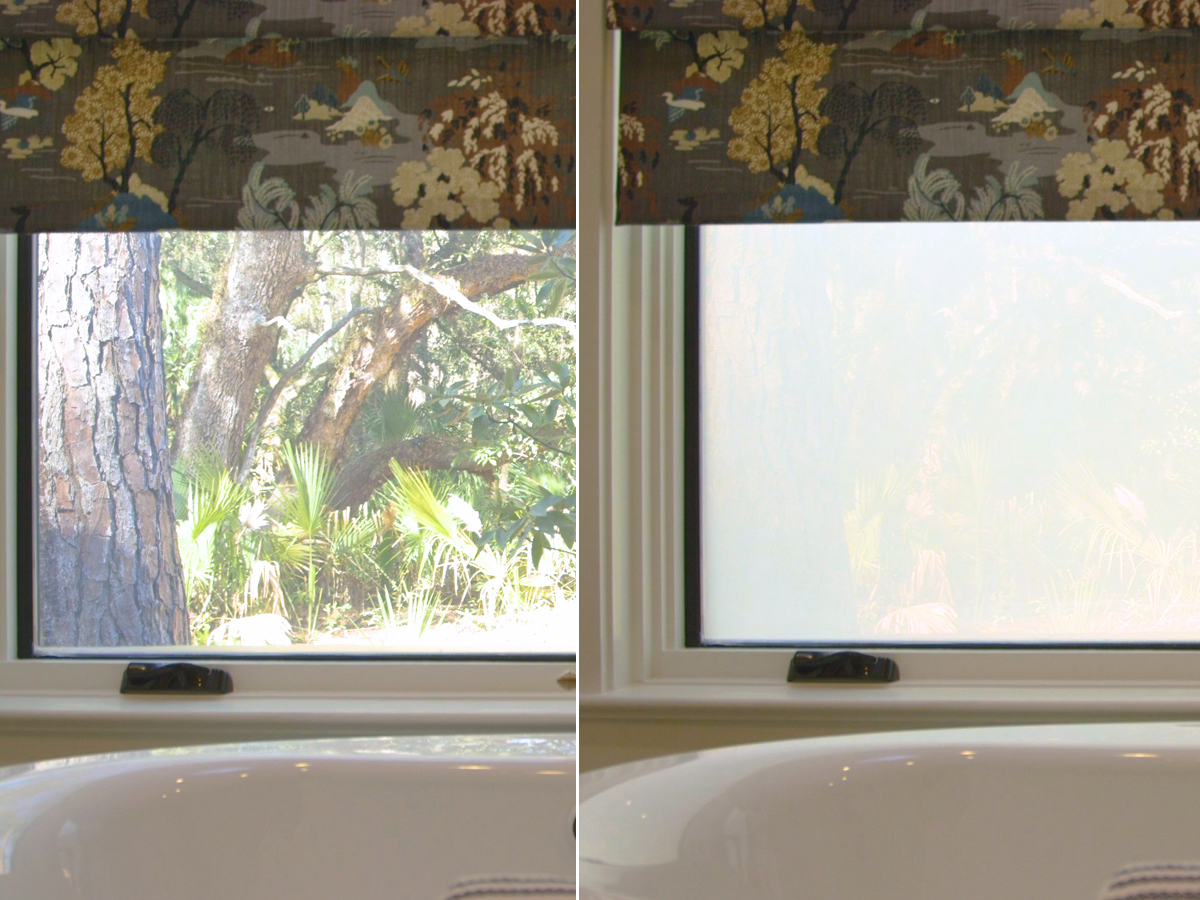 Another interesting design touch in the bathroom is the Smart Tint switchable glass system. Using a separate remote that hangs on the wall, you can turn the windows above the bathtub frosted so that no one can see in.

One feature that doesn't require any sort of clicker is the stairs that lead to the second floor. Brooks decided to turn some of the stair faces into drawers, which is convenient for storing everything from china to gloves.

"The whole house is designed with the mind frame that, 'Yes, we have this piece of furniture or this space. How can we make it dual duty?'"  Brooks said. 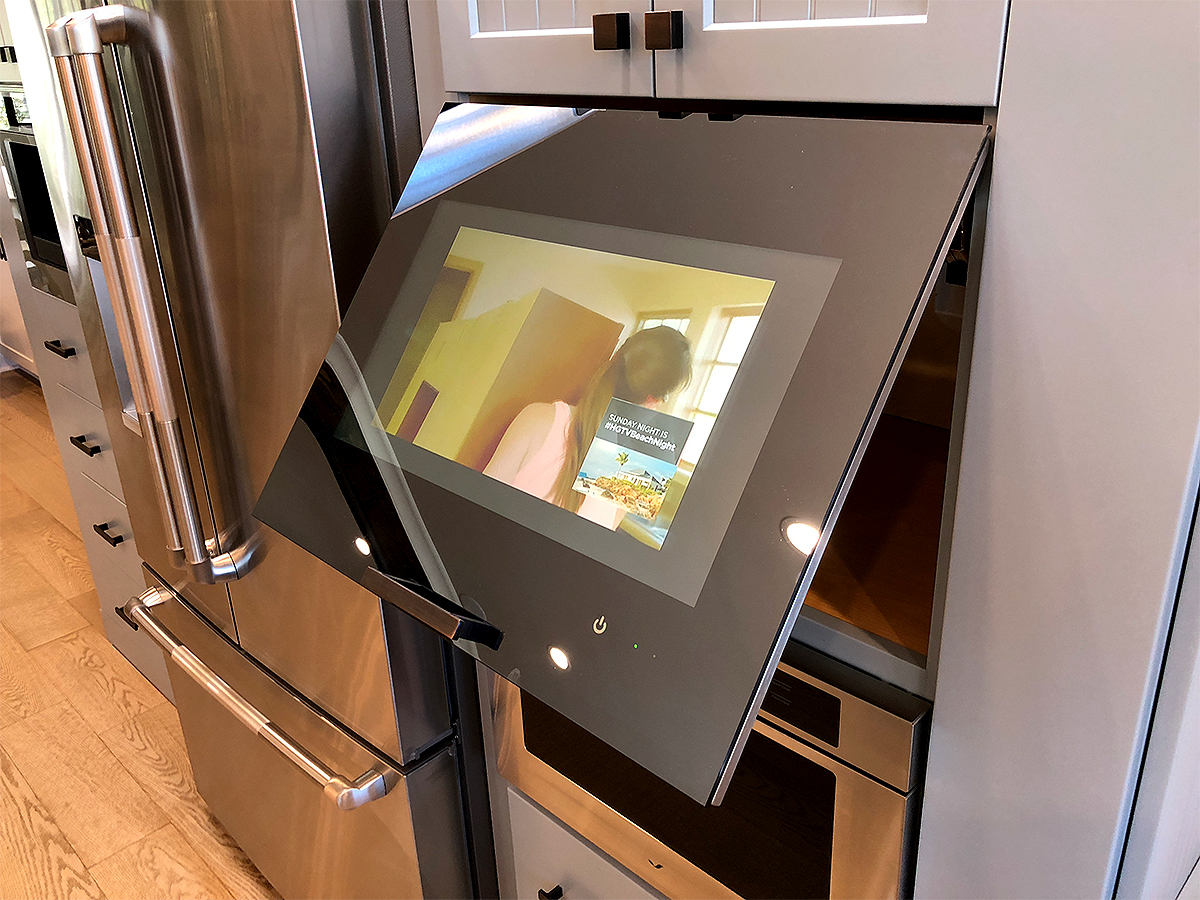 The kitchen is another great example of this thinking, where you'll find the CabiTV. It's a television that’s built right into a cabinet door, so you can watch your favorite shows while you cook. Lifting the handle reveals extra storage space. You'll also find a standing mixer lift in the kitchen built inside one of the cabinets, which makes it a cinch for bakers to start creating goodies without straining their backs.

But easily the biggest "wow" design flourish in this year's HGTV smart home is the hidden game room. It was inspired by Brooks' son, who likes to play games after he's finished his homework. The goal: create a space that allows kids to blow off steam -- without making everyone else hear the action. 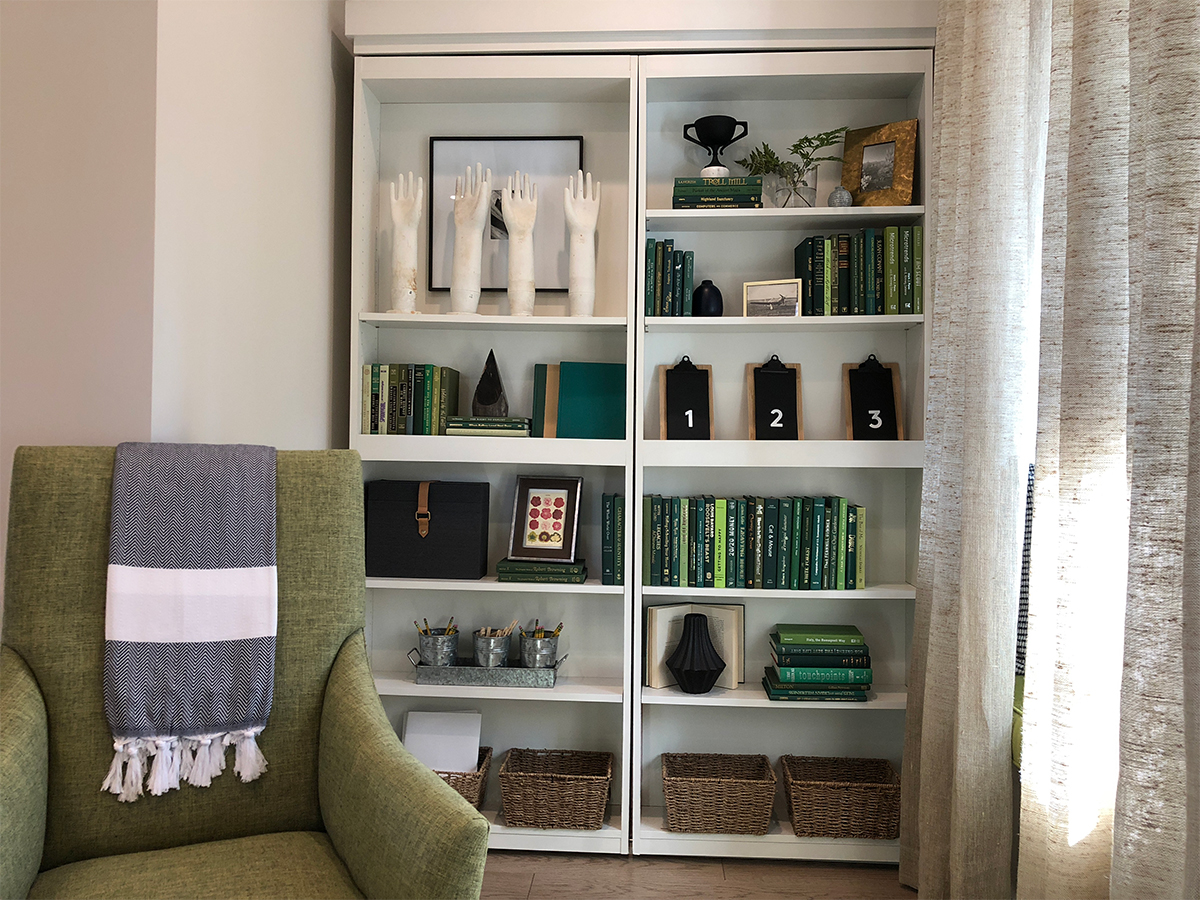 The bookshelf door by Murphy Door that leads to this game room is heavier than you might think, as it can hold up to 300 pounds of books and other knickknacks. And once you pull it back, you feel like you’ve discovered something really fun.

In addition to a Sony TV, PlayStation 4 and PlayStation VR, there's also a Nanoleaf smart lighting system on the wall that can change colors based on the sounds coming from games being played. 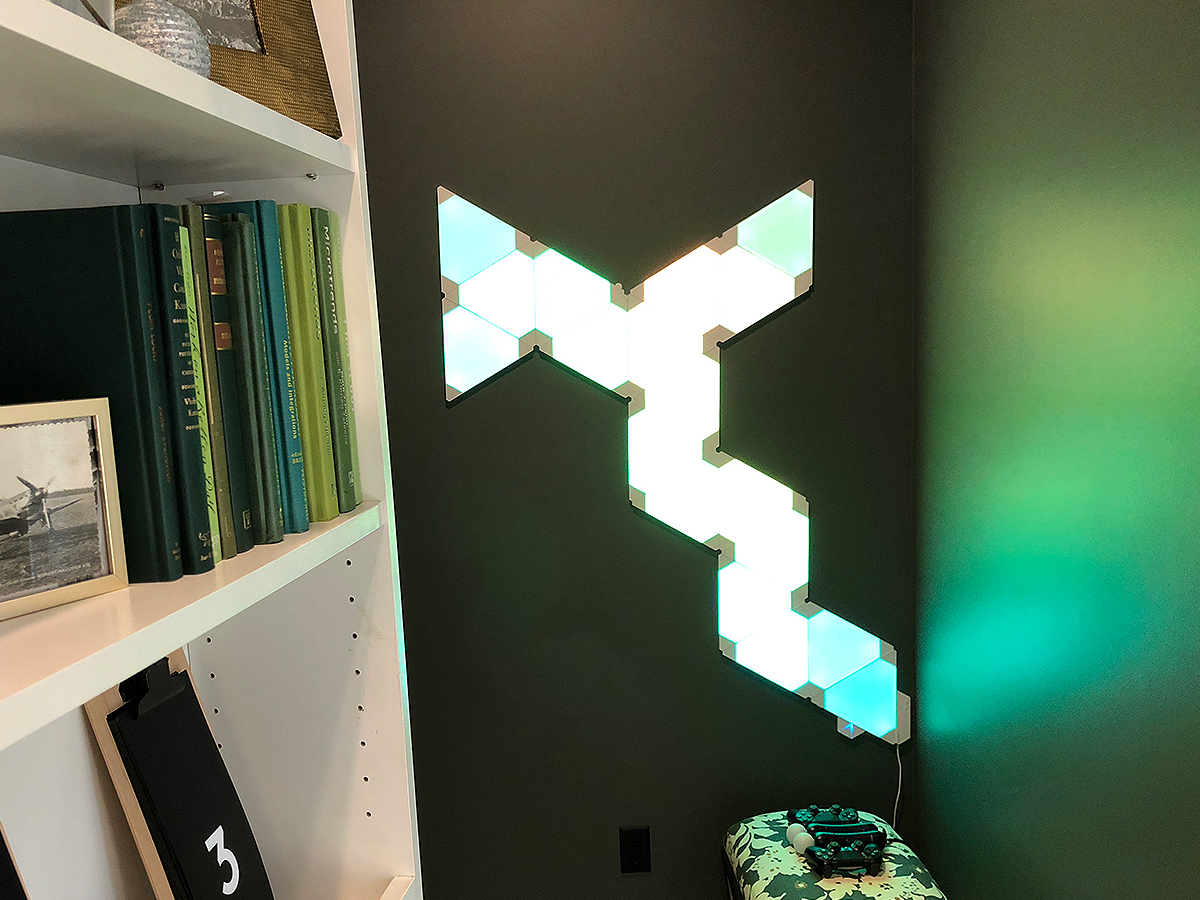 With everything that Brooks pours into an HGTV smart home, the saddest day is when she has to put the keys back in the lockbox and catch a flight back home to Chicago. But that feeling is outweighed by the joy she feels when she gets to meet the winner and share the good news.

You could say it's the ultimate surprise.

"It's a crazy experience to walk into somebody's home, surprise them and make them literally a millionaire,"  Brooks said. "Just seeing them, hugging you and thanking you over and over again. It's the best job in the world. Who wouldn't want to say that they do that?"

To order a sample of Smart Tint, and see for yourself how to get privacy at the flick of a switch, go to:

And if you have any questions about Smart Tint, or to get a quote, contact us at [email protected]